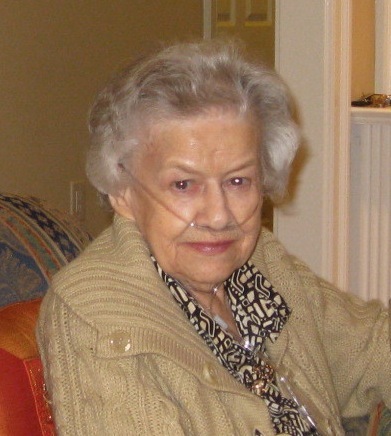 Cecilia “Cilî Lockard was born in Lambert, PA. March 20, 1924 and grew up in Masontown, PA. She was the daughter of Peter and Albina Michael, emigrees from Czechoslovakia. Called Tillie by her family, Cil had 6 brothers and sisters, and is survived by her brother Peter, and sisters Mary and Albina Ellen (Allie). She passed away peacefully at age 88, of COPD, on April 24, 2012 at St. Francis Nursing Home in Newport News, Va.

Cil married Edward M. Lockard on Nov. 11, 1943. They lived in Eastlake, Ohio, and raised two children, James P. “Jim” Lockard (Fran) of Williamsburg, VA, and Karen (Bob) Davis of Punta Gorda, Florida. She is survived by five grandchildren and 7 great-grandchildren. Her husband, Ed, predeceased her on Oct. 23, 1969. Tillie worked in retail for many years and made close friends with her co-workers. After her husbandís death, she moved to Alexandria, VA to begin a second career in the accounting department of National Geographic, retiring in 1989. Cil enjoyed needlepoint, crossword puzzles, and recreational reading. She lived in the Washington D.C. suburbs for over 30 years, most recently in Manassas, VA. As her illness progressed, Cil moved to Williamsburg to be closer to Jim and Fran. She was a resident of Chambrel in Williamsburg for the past 3 years.

In lieu of floral tributes, please consider a donation to the charity of your choice in Cecilia’s name. A family gathering will be held to celebrate her life, at a later date.