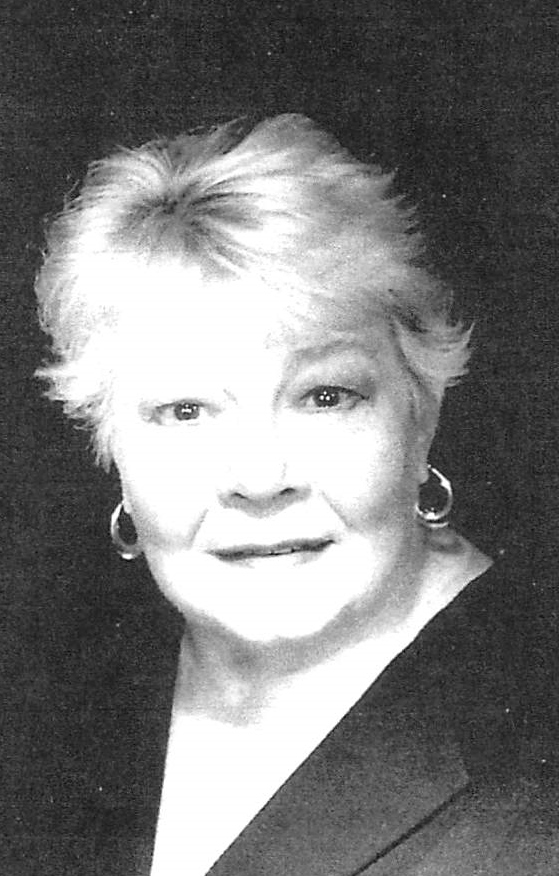 Carolee Silcox Bush (83) died peacefully at Morningside of Williamsburg, September 26, 2018. She and her husband Dr. Charles Eugene Bush celebrated their 40th wedding anniversary in February of this year.

Carolee was preceded in death by her father and mother, Robert and Lelia Silcox and her siblings Thomas, Genevieve, Gerry and Margie. She is survived by husband Charles; step-children, Lisa D. Bush and her daughters Grace and Kali, and Chad Bush and his children Cooper, Annabelle and Jeremy; her sister Roberta Silcox Burton (Birdie) and brother-in-law Preston Burton. Carolee is also survived by Patsy Stevens, her “almost” daughter.

Carolee will be remembered for the many roles she played – teacher, actress and dedicated public servant. She was born on December 26, 1934, in Vinton, VA. Carolee attended William Byrd High School and went on to earn a BA in Education at Longwood College focusing on English, Latin and Theatre. Through the years, Carolee taught at Midlothian High School (Richmond), Newport News High School, Thomas Nelson Community College, and finally at Bruton High School until retirement in 1996.
Carolee always had a penchant towards the performing arts. Early on, at 6 years old, she was picked to be the drum major mascot of the marching band of her local high school and began her life in the spotlight. While teaching at Midlothian High School, Carolee became a member of the theatrical company at Barksdale Theatre of Hanover Tavern where she performed and served as a costume designer.

It was at Barksdale where Carolee met her soon to be best friend, Claudine Carew. With Claudine and other friends, Carolee moved to Williamsburg, VA, and became a founder and owner of the Wedgewood Dinner Theatre. Opening night was in May 1963, and for the next 7 years an abandoned tomato canning factory in Toano, VA became the destination for some of the best theater in southeast Virginia. While at Wedgewood, Carolee mentored and nurtured young aspiring actors and maintained long lasting relationships with the Company, including Chris Hamilton, Ron Reid, and Sandy Wade.

Carolee moved to Hampton, VA when Wedgewood was relocated there in 1970. She resumed teaching while in Hampton and returned to Williamsburg in 1978 after her marriage to Charles Eugene Bush. Carolee continued to act in several productions at the Williamsburg Community Theatre at the James-York Playhouse and was a frequent costume designer and scenic designer for Williamsburg Players, William and Mary Main Stage Productions, and the Virginia Shakespeare Festival under the aegis of Wedgewood Renaissance, the second generation of Wedgewood. She also served as costume designer for the Colonial Williamsburg 18th Century Play Series presented at the Williamsburg Lodge Auditorium.
After the death of Claudine Carew, Wedgewood Renaissance started a scholarship in her name – the Claudine Carew Spirit of the Arts Scholarship at the School of the Arts, Bruton High School. Carolee served as a trustee of the scholarship until her death.

As a public servant, Carolee served on the Williamsburg/James City school board for almost eight years, acting as chair for part of that tenure. Prior to that, she was a Virginia Education Association board member serving for three years as president of the York Education Association, working for the welfare of students and teachers. Carolee was also an active member of Williamsburg Democratic Committee which she chaired for several years. She was also a faithful member of St. Stephen Lutheran Church and its choir.

In retirement, Carolee painted, specializing in botanical water colors and hosted an annual Easter Picnic that originally started in 1968. Her joie de vivre, irreverence, and welcoming smile will be missed by all.

The family wishes to express their appreciation for the care Carolee received from the nursing staff of Morningside of Williamsburg and the Hospice Community Care of Newport News, VA. A celebration of life will be at 4 pm on October 19th at Saint Stephen Lutheran Church, 612 Jamestown Rd., Williamsburg, VA.
A private inurnment will be held at Mountain View Cemetery, Vinton, VA. In lieu of flowers, donations may be made to the Claudine Carew Scholarship fund c/o Arthur Barnes, Trustee, 203 Castle Lane, Williamsburg, VA 23185 or to Saint Stephen Lutheran Church.