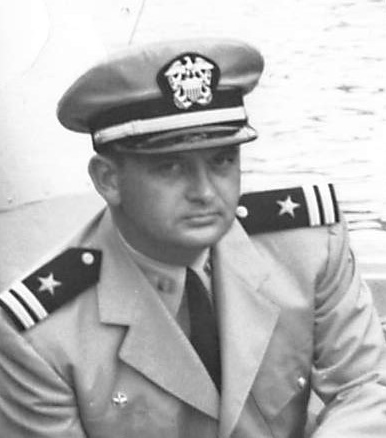 Williamsburg ñ John D. Eckert 81 passed away on September 29, 2014. John was the son of Clayton J. F. Eckert and Belle Jaggers of Bridgeton, New Jersey. He graduated from high school in 1951 and attended Rider College, earning a B.S. in Business in 1955. Immediately following college, John went to Officer Candidate School and became a Naval Officer. His twenty six years of service included assignments to Lebanon, Vietnam, Japan, England, Italy, and multiple stateside locations. On his first London assignment, he met Veronica Canavan and they married on January 26, 1963. Johnís military career was spent at sea; beginning with the USS Skill.

Highlights include serving as the Executive Officer on the USS Miles C Fox, and the Commanding Officer of the USS Power and the USS Massey. John also attended the US Naval Postgraduate School (M.S. Management) and the U.S. Naval War College.

After his retirement from the Navy, John worked for Computer Sciences Corporation for seven years before fulfilling a lifelong dream of owning and restoring Milton Hall in Covington, Virginia. John was the Innkeeper at Milton Hall for ten years and then retired to Williamsburg, where he was an active member of the Chickahominy Ruritan.

The Family will receive friends Saturday, October 11, 2:30 ñ 4:00pm at Bucktrout Funeral Home with a service to immediately follow.

A funeral service will be held in Arlington National Cemetery Fort Myers Chapel at a later date.

In lieu of flowers memorial contributions can be made to the American Air Museum in Britain or Wounded Warriors.