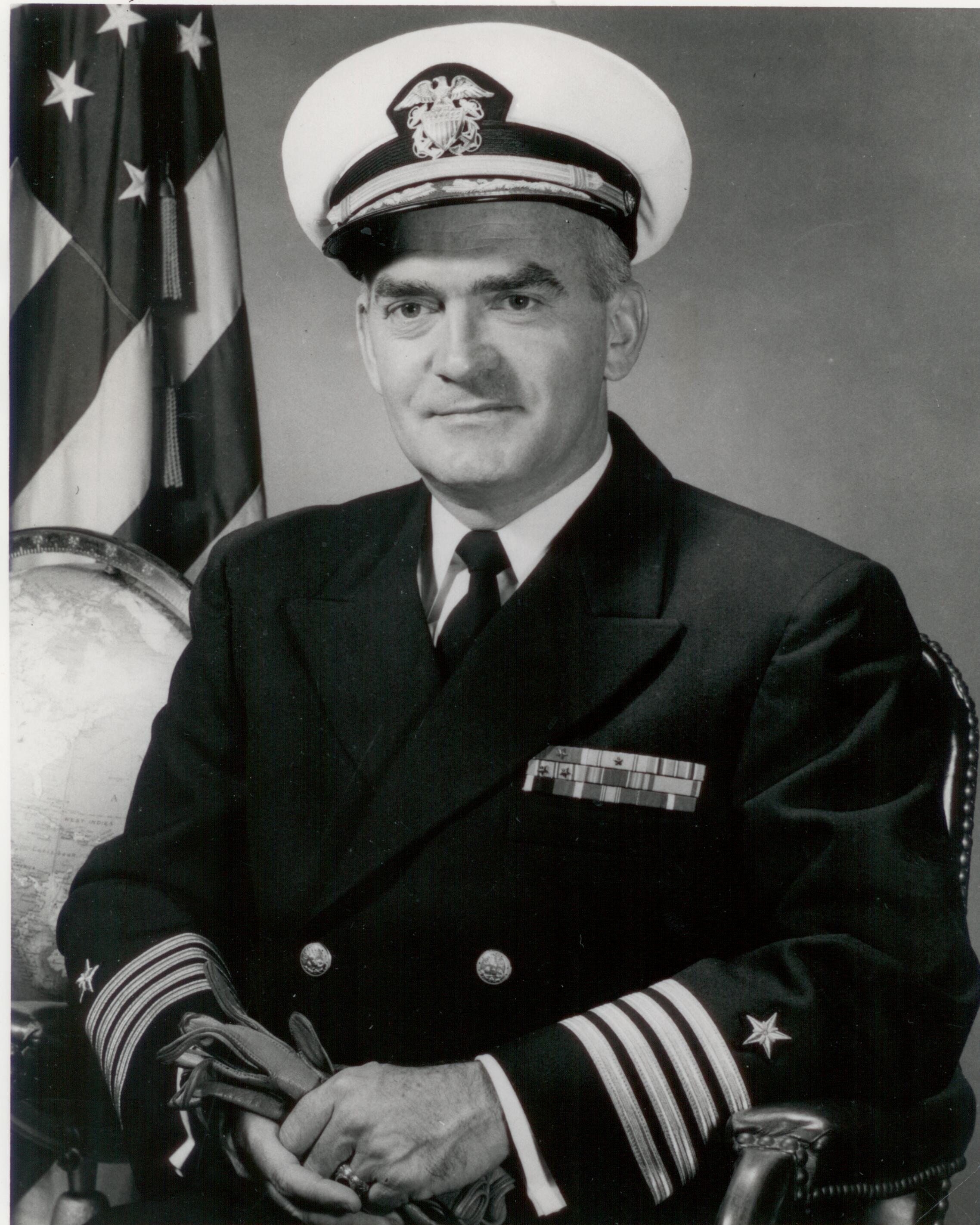 Capt. John Joseph Rowan, USN (Ret), age 93, resident of Williamsburg, VA, died on October 6, 2012. He is survived by his loving wife, Mary, of more than 69 years; his three sons, John, William, and Timothy; five grandchildren and seven great-grandchildren. He graduated from the U. S. Naval Academy Class of 1942 and served mostly in the Pacific during World War II. He survived the sinkings of two ships (Vincennes and DeHaven) during actions at Guadalcanal and was wounded on both occasions. In late August 1945 he was the senior officer of the boarding party from the USS Blue that accepted the surrender of the Japanese Submarine I-400, then the worldís largest submarine. He also received a citation for his participation on the Vincennes during the Jimmy Doolittle Tokyo Raid. Following WWII he served in numerous assignments afloat and ashore which culminated as the Commissioning and the Commanding Officer, USS Annapolis, AGMR-1, the Navyís first afloat Naval Communications Station. In April 1965 he reported to the Staff, U.S. CINCEUR, in Paris, France as the Chief, Plans and Policy Division (J-6) HQ, USEUCOM. In March 1967, HQ EUCOM moved from Paris to Stuttgart, Germany. He was awarded the Legion of Merit for his participation in planning the move of U.S. Communications Systems from France to Germany. In addition to the Legion of Merit, Captain Rowan is authorized to wear two Purple Hearts, the Asiatic-Pacific Theater ribbon with nine battle stars, and numerous other Campaign/Service ribbons. Upon retirement in July 1969 Captain Rowan was employed by Computer Sciences Corporation for the next 19 years. He was a Life Member of the Knights of Columbus. Services will be conducted at St Bede Roman Catholic Church, 3686 Ironbound Road, Williamsburg, VA on Thursday, October 11, at 9am. Interment will be in Arlington National Cemetery at a later date.