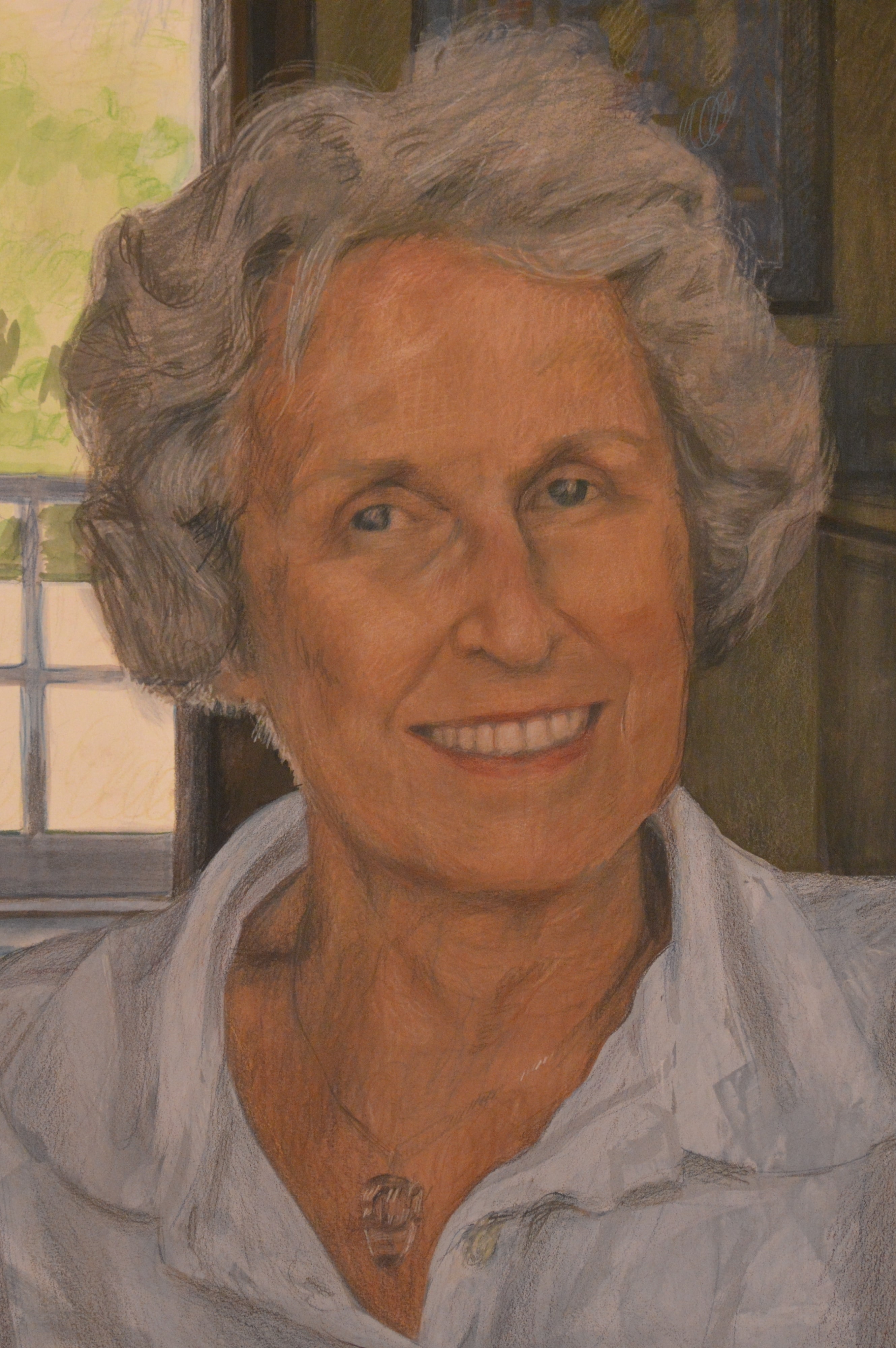 Bettie (Betsy) Lumb Nelson, 93 of Patriots Colony in Williamsburg, Virginia passed away peacefully on October 6, 2018.  Born in Pawtucket RI, she was the youngest child of Ralph and Mary Lumb. She attended Lincoln School in Providence RI, Walnut Hill School in Natick MA and Garland Junior College in Boston MA.

In 1943, she married Navy Lieutenant Nels Roland Nelson (deceased) in Pawtucket, RI. As a Navy wife, Bettie traveled and moved constantly.  In 1946 Nels was assigned to be commanding oﬃcer of a naval base in the Philippines.   Bettie joined him later that year and remembered fondly being the “ﬁrst lady” of the base at the age of 21.

In addition to her family, Bettie had many interests including reading, painting and singing.  In Williamsburg, she truly developed her skills as an artist and was well-known for her portrait painting.  Working in oil, watercolor and pastel, Bettie’s portraits, landscapes and still life works of art were exhibited often at Patriots Colony and in the greater Williamsburg area.

Bettie became hard of hearing at an early age.  In Williamsburg, she was proud to work with WISHH – “Williamsburg
Self Help for the Hard of Hearing” – and for a number of years published whimsical and funny cartoons in the WISHH newsletters.