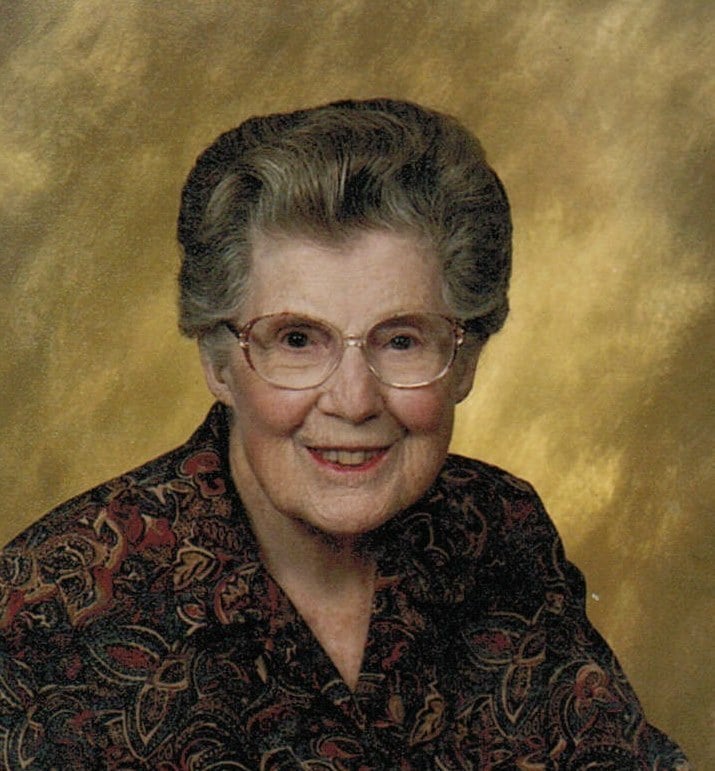 Bernice Grimm Vincent, age 102, died peacefully on January 30, 2014, at her home in Williamsburg. Born in Wisconsin, she grew up in Michigan where she was graduated from Central Michigan University and began her teaching career. She married her college sweetheart, Frank Vincent, in 1940. In 1947 they moved to Arizona and she resumed teaching in 1951. She later talked the school board into adding a library to her elementary school and then was asked to become a certified librarian to fill the opening created, which she gladly did. Her public school career in Arizona spanned 25 years. She was a 50 year member of Delta Kappa Gamma, organized to promote personal and professional growth of women educators and excellence in education.

While raising her three children, Bernice led a 4 H club and was a scout leader and camp director for the Casa Grande Girl Scout Council for several years. She was interested in international cultures and was a host mother to an AFS exchange student from Germany, a student from the Netherlands, and Fulbright scholars from Finland and Turkey. She and Frank enjoyed visiting in their homes on later trips. They traveled extensively in Europe, Asia and Africa.

Bernice and Frank moved to Williamsburg in 1980. A longtime member of the Williamsburg Presbyterian Church, Bernice was active on the library committee, in Circle 7, in the Fellowship Class and served as a Deacon. She and Frank volunteered for Meals on Wheels and Bernice worked with AFS Intercultural Programs. They spent several months each year at their cottage in Michigan.