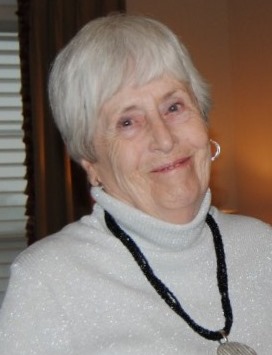 Barbara K. Hudgins passed away on June 1 at Hospice House. She was preceded in death by her mother Mildred Abbott and son-in-law Major Thomas M. Hood. She is survived by her husband of 63 years George M. Hudgins, Jr., son George M. Hudgins 111, [Dr. Leslee Hudgins] daughter Susan Hood Franz [Marvin], grandsons Thomas Hudgins Hood and Ian Franz. Barbara was a graduate of the
VCU[MCV] school of Radiology and a longtime member of Williamsburg Baptist Church. Barbara had a reputation for being upfront and very candid. One of her last statements which she requested to be in her obit was “Now I won’t have to vote for the lesser of two presidential candidates or violate my civic responsibility by not voting”. Private services will be held at a later date. Memorial contributions may be made to Hospice House of Williamsburg, 4445 Powhatan Pkwy., Williamsburg, VA 23188 or a charity of your choice..