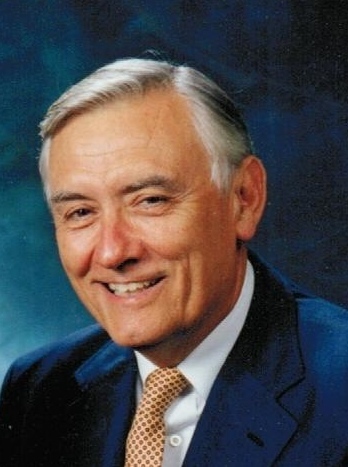 Born August 17, 1933 to the late Arthur G. and Dorothy J. Rodgers, Jr., Art attended Mathew Whaley School and graduated from Augusta Military Academy in 1953; attended VPI where he was a member of the Corps, the youngest Cadet to receive a rank of officer. He graduated from the Banking School of the South at LSU in Baton Rouge, LA. He married Bell-Jo Mershon in 1960.

Art served in the US Army stationed at Ft. Myers, VA in the Military Police and was part of the presidential honor guard for President Eisenhower. As a young man, he worked in his family businesses. He then spent 12 years in banking with United Virginia Bank (formerly Peninsula Bank and Trust and now Sun Trust.) Returning to assume responsibilities for the family motel/hotel businesses in 1977, he retired in 2003.

Art devoted his life to his family and is survived by his beloved wife of 53 years, Bell-Jo and the daughters and their families he so loved: Beth (Scott) Stabler, of Williamsburg, Pam (Nathan) Nixon, of Barhamsville and Debbie (Jeff) Kray of Tacoma, WA; and seven grandchildren: Norris, Katie & Parker Nixon; David & Meg Stabler, and Corbin & Wyatt Kray.

In lieu of flowers, the family requests that memorial contributions be made to the Rodgers/Ellis Society of Hospice House & Support Care, 4445 Powhatan Pkwy, Williamsburg, VA or the Williamsburg Baptist Church, 227 Richmond Road, Williamsburg, VA.