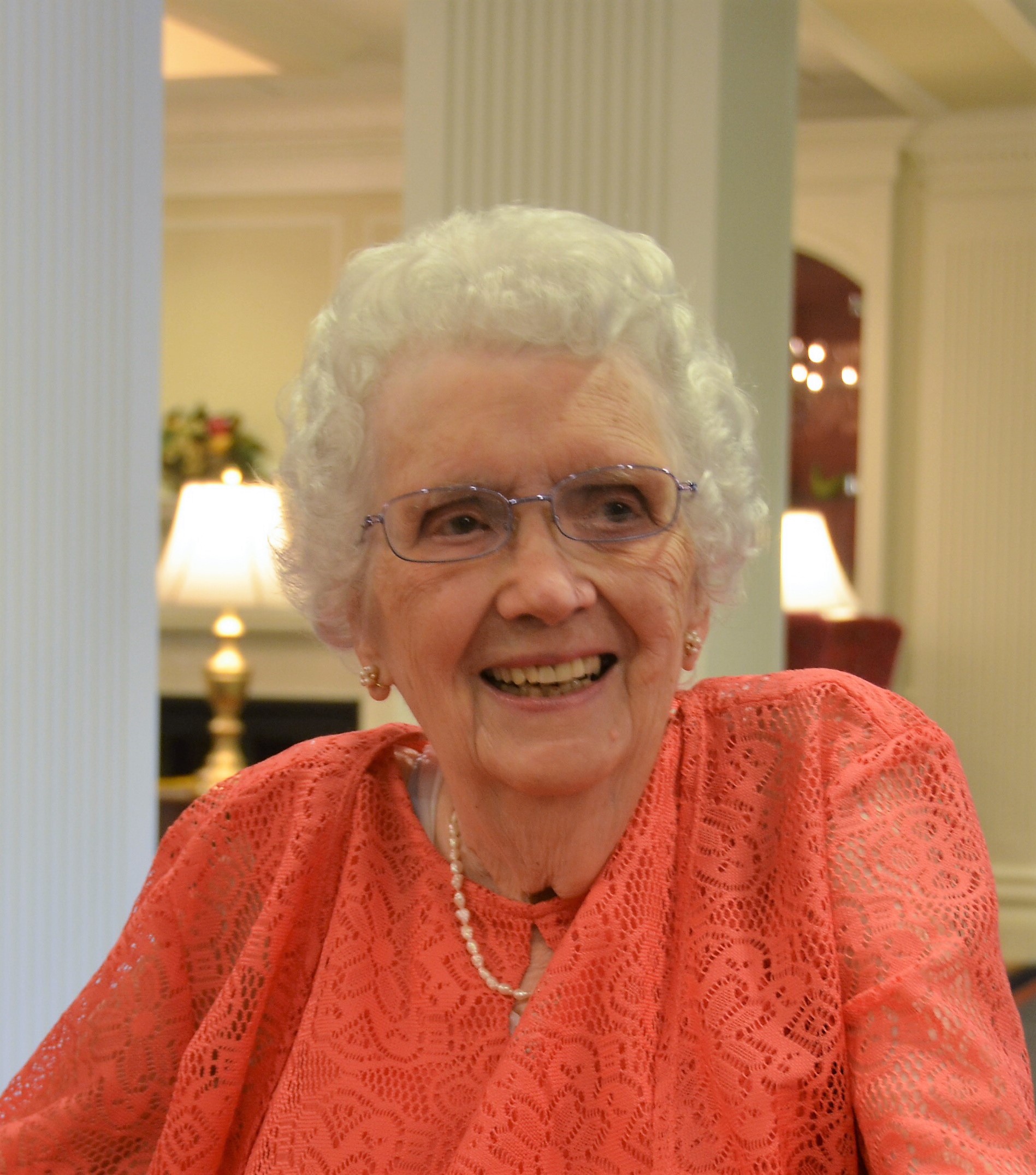 93, Williamsburg, VA- Born in New York City on March 31, 1924 to Annie (Macklin) and Simon O’Donnell.  Nancy met her future husband Arden while working in the Navy Yard during wartime.

While traveling as a Navy wife, she enrolled in college and studied English literature first at Salve Regina University, then Columbia University, and finally graduating from George Washington University in 1954.  After having four daughters, they moved to Towson, MD where she raised her family and continued her education, receiving her Masters in Education from Johns Hopkins University.  She enjoyed working as a library mother so much, she went back to school, earned her degree in library science, and worked as an elementary school librarian in the Baltimore County Public School system until her retirement.  She traveled the world and loved learning about different cultures. She especially loved to learn about foods of other cultures and enjoyed cooking the exotic things she had discovered overseas. She passed her love of travel and adventure onto her children, and enjoyed hearing about their adventures around the world.

She was an active member in the P.E.O. Sisterhood, Chapter C, supporting education for women, and always found time to volunteer within the community.

The family will receive friends on July 20, from 6:00 to 8:00pm at Bucktrout of Williamsburg.  There will be a mass of Christian Burial at St. Bede’s Catholic Church, Williamsburg VA on July 21, 2017 at 11:00am, followed by a reception at Williamsburg Landing. Burial at Arlington National Cemetery will take place at a future date.