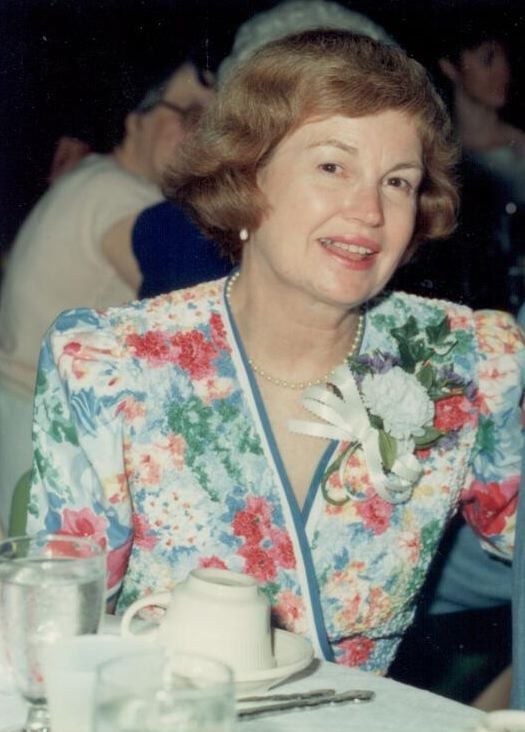 Anne was born May 19th, 1931, in Greenville, NC. She graduated from Greenville High School and received her RN degree from Norfolk General Hospital. She worked as a nurse anesthetist at Norfolk General, Bell Hospital and Williamsburg Community Hospital. In addition to caring for her family, Anne was an accomplished artist, member and president of the Williamsburg Junior Womanís Club and Williamsburg Garden Club, and longtime member of the Williamsburg United Methodist Church and choir. Anne cherished her family and was a devoted wife, nurturing mother and grandmother, and loving sister and friend.

Anne was preceded in death by her parents, Ola and Edna Forbes. She is survived by her husband of 55 years, Dr. Baxter I. Bell, Jr., children Baxter Bell III (Glenda), Clifton Bell (Laurie), both of Williamsburg, Marianne Bell Hark (Lee), of Durham, NC, and six grandchildren. She is also survived by her dear brothers, Ola, Tom, and Bill Forbes.

Special thanks to the staff at Williamsburg Landingís Woodhaven Hall for their gentle care and compassion.

The family will receive friends and family on Sunday, June 24th, from 6-8pm at Bucktrout Funeral Home. A funeral service will be held on Monday, June 25th, at 2pm at the Williamsburg United Methodist Church, with burial following at Cedar Grove Cemetery.

In lieu of flowers, donations may be made to the National Parkinson Foundation at www.parkinson.org.