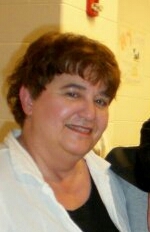 After graduating from Alden Central High School and Mary Wardís Secretarial Academy, Anndrea began her career as a secretary at Calspan in Buffalo, New York. She continued her education earning a degree in Media Communication from Medaille University and went on to create training programs for the B1 bomber and other stealth aircraft. She produced local TV commercials for Time Life Books. Anndrea made a career change to banking, and then to the advertising industry first in Buffalo New York, then moved to Tampa, Florida and Richmond, Virginia. She represented companies like McDonalds, creating the dollar menu, Melitta, and LG. Anndrea served as Board President for the Ronald McDonald House in Buffalo, New York. These years of varied experience were preparation for her beloved position, Manager of Advancement, with the Seed Company, an affiliate of Wycliffe Bible Translators. Anndrea loved to garden and was an avid reader.

Her loving spirit will always be remembered by her family and all who knew her.

A Celebration of Life Service will be held at 2 PM on Saturday, January 11th, 2014 at King of Glory Lutheran Church and School, 4897 Longhill Road, Williamsburg, VA 23188. Please call Lisa Wilkins,