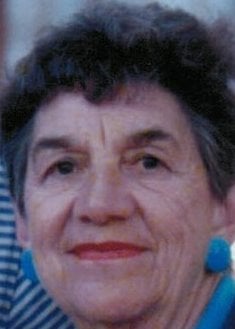 Ann Thompson passed away on May 27th after a long and courageous battle with cancer. Born in Pittsburgh on December 31, 1929, Ann graduated from Perry High School then earned a degree in psychology from the University of Pittsburgh. Following graduation, Ann moved to New York City where she was employed by the Insurance Advisory Company as a commercial insurance salesperson. While there, Ann rejuvenated her relationship with her soon to be husband, George Thompson. They were married on June 15, 1956 and had three sons, Eric, Peter and Jeffrey. Following family moves from New Jersey, Virginia and California, Ann and her family settled to Centerport, Long Island where they resided for 25 years. During that time, Ann earned her masters in Child Education and spent time as a substitute teacher in the public school system. At the same time, she also earned her real estate license and put to use her love of interacting with people. Never willing to sit and watch other people do things, Ann took an active role in all aspects of the community. From starting a cultural arts program for the school system to chairing numerous organizations and events, there was never a challenge that Ann would shy away from nor excel in execution. After raising her three boys and ensuring that they were well established in society, Ann and George moved to Williamsburg where they resided until her death. As was her personality, Ann immediately had an impact in the Williamsburg area volunteering with FISH, the Muscarelle and the Ford’s Colony ladies golf association where she took two turns as president. As one of her friends once put it, “if you want an organization to succeed and want to ensure a positive outcome, make sure that Ann is somewhere on the board!”. Ann was a great example of the trait of persevence, she was able to overcome numerous physical challenges. She was a lifelong learner and continued to amaze family with her voracious appetite for reading. Ann also enjoyed her 5 grandchildren whom, like her sons, she past on the love of knowledge, the appreciation of life and the tenderness and love that is expected out of each of us. Ann is survived by her husband George, her sister Genevieve, and her three sons Eric (Janet) Peter (Tere)and Jeffrey (Paulina), grandchildren: James, Ben (Dana), Ricky, Julia, Anna, and great granddaughter Hailey. The service will be held June 6, 2014 at 11AM at the Old St. bedes Chapel on 10 Harrison Ave. Williamsburg, VA. 23185

In lieu of flowers memorials donations may be made in Ann’s name to Fish, 312 Waller Mill Rd. Williamsburg VA. 23185