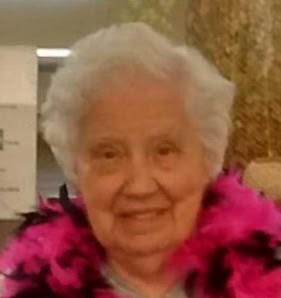 Beal, Altus Juanette, 95, Beloved mother, aunt and great aunt, passed away in Williamsburg on March 26, 2017. Altus was born February 14, 1922 in Sallis, Mississippi, to the late Leo Andrew Ackerman and Sarah Etta Ackerman (nee Roby). Altus served in the Naval Reserves during the Korean War. She retired from the U.S State Department in Washington, D.C after serving in U.S. administrations from Roosevelt, to Nixon and was assigned to the staff that traveled to San Francisco, California in April 1945 to assist in the drafting of the United Nations charter. Following her work helping draft the U.N. charter, she was assigned to New York City to assist in the establishment of the United Nations headquarters, under the direction of Eleanor Roosevelt. She later served in the U.S Foreign Service. Altus also served on the Mental Health Board of Eastern State Hospital in Williamsburg. Altus was preceded in death by her husband Mahlon B. Beal, brothers, Paul Ackerman, Cornelius Ackerman, Jack Ackerman, sister Rosa Apone-Peck, half brothers and sisters, Marvin, John, Pauline, Cathaleen, Mary, and Eulala (Totsie) Ackerman. Altus is survived by her son Thomas Ellett Beal, of Williamsburg, (born to Altus on her Valentine’s birthday in 1954). Altus, a loving and devoted mother, tirelessly attended to the needs of her son Thomas throughout her life. She is also survived by many nieces and nephews. Altus was a self-sustaining woman having lost her husband, Mahlon, in 1983. She was an astute financial business woman and generous in support of her extended family over many years. Altus had a shy but observant sense of humor and would often enjoy a knowing laugh after quietly listening to a comedic quip that belied her otherwise reserved demeanor. She lived for many years in Arlington, Virginia, and also lived in Richmond, Virginia and Denver, Colorado.  Altus attended Saint Bede Catholic Church in Williamsburg for many years, accompanied by her son Thomas.  She will be sadly missed by family and friends at Morningside Assisted Living. The family will receive friends on Wednesday, March 29, 2017 from 3pm-4pm at Bucktrout Funeral Home, 4124 Ironbound Rd. Williamsburg, Virginia 23188; where a celebration of her life will  follow at 4pm. Interment will be in the Beal family plot at the Fairfax Memorial Park, Fairfax, Virginia on Thursday, March 30, 2017 at 1:30 pm.  In lieu of flowers, donations can be made to House of Mercy, 10 Harrison Ave., Williamsburg, Virginia 23185. Online condolences may be shared at bucktroutfuneralhome.net.