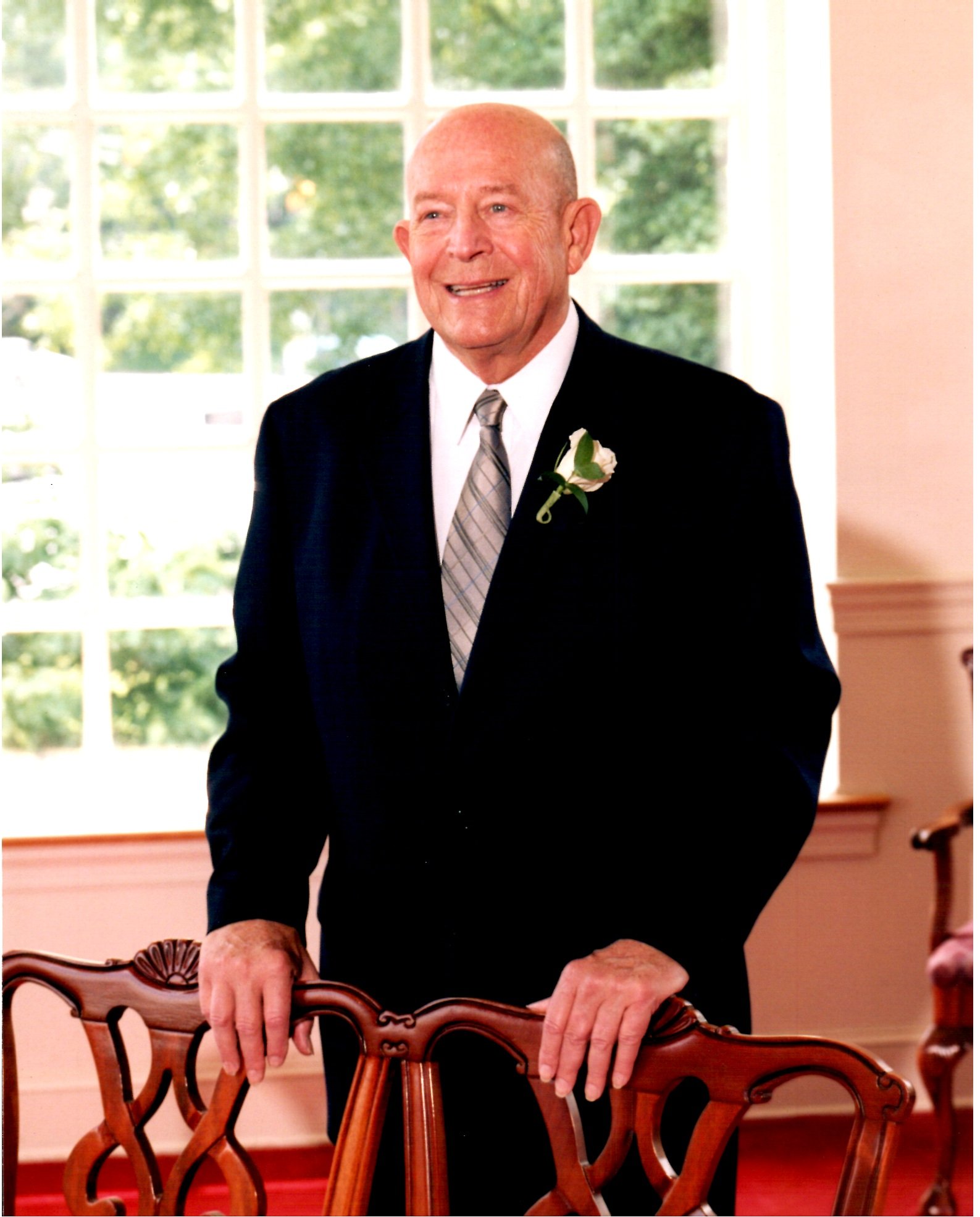 Allan Crane Sharrett, Born March 31, 1928 in Baltimore, Maryland, Allan attended McDonogh School and graduated as cadet captain of the Day Student Company. He was co-captain of the swimming team, a state champion in swimming, captain and all-state attackman on the lacrosse team. Allan was awarded a full scholarship to Rutgers University in swimming and lacrosse, where he received Honorable Mention as an All-American on the swim team in 1948. He graduated with a B.S. in biology and chemistry from Rutgers in 1950, where he also received a distinguished military award in ROTC.After graduation, Allan married Emily Hill in 1951 (deceased). He worked for the C&P Telephone Company in Baltimore and attended the University of Maryland Law School, where he received his LLD in 1954. Recalled to active duty in the Air Force in 1952, he was deferred until after law school. After passing the bar in 1954, he entered the Air Force and was stationed as a JAG officer at Bolling AFB, Washington, DC.In 1956, Allan resumed his position with C&P Telephone of Maryland as a district manager. He worked for the Bell System in New York and became assistant vice president and area general manager for C&P in Virginia from 1963-1973. During this time, he was president of the Board of Directors for Junior Achievement of Metropolitan Washington, served on the board of the United Virginia Bank, and was vice president of the Fairfax County Chamber of Commerce.Allan worked on Capitol Hill for AT&T and formed and developed a training organization for the C&P Telephone Companies in Washington, DC in 1976. He returned to Northern Virginia as general manager of Business Installation and Services for the entire state of Virginia, retiring in 1982. He moved to Williamsburg, VA in 1989.Al was an avid tennis player, fisherman, traveler and birder. He married Lynda Byrd Briscoe in 2003 in McLean, VA. He is survived by his wife, Lynda, three sons, The Hon. W. Allan Sharrett of Emporia, VA, David H. Sharrett and The Rev. Michael C. Sharrett, both of Lynchburg, VA; three stepdaughters, Amanda Briscoe Amodo, Jessica Briscoe Coleman, Dana Briscoe Duke; seven grandchildren, three step-grandchildren, and three great-grandchildren. The family will receive friends Friday, September 2, 2016, from 5:00 p.m. to 6:30 p.m. at Bucktrout Funeral Home, 4124 Ironbound Rd. Williamsburg, VA. A memorial service will be held on Saturday, September 3, 2016, at 11:00 a.m. at Williamsburg United Methodist Church with a reception to follow.  Memorials made be made to, Hospice House of Williamsburg, 4445 Powhatan Parkway, Williamsburg, VA 23188 – or – Scripture Union, P.O. Box 215, Valley Forge, PA 19481-0215. Online condolences may be shared with the family at bucktroutfuneralhome.net.