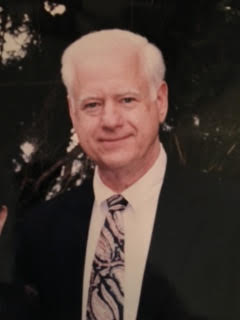 Alan Edward Fuchs, Professor Emeritus at the College of William & Mary, passed away at home on December 28th, 2020 after a lengthy illness. He was 79 years old.

Born and raised in New York City, he is survived by his wife of 58 years, Janet Rose Fuchs; his sister Cynthia Fuchs Epstein; his beloved children: Daniel Fuchs and his wife, Debbie, and Karen Block and her husband, Ben; and his five cherished granddaughters: Amanda, Eliza, Lauren, Kate, and Caroline.

An internationally-recognized expert on ethics and social and political philosophy, Alan’s educational journey initially began with a focus on physics at the Massachusetts Institute of Technology. He soon found himself engrossed in his philosophy classes, and he graduated with a degree in both disciplines. He and Janet were high school sweethearts and married after college, with Alan pursuing his dedication to philosophy at Harvard University where he received his M.A. and Ph.D. under the tutelage of his mentor, Professor John Rawls.

Alan and Janet moved to Williamsburg in 1969 for Alan’s first teaching job, at the College of William & Mary. This introductory position would lead to an esteemed career that spanned four decades, and was marked by numerous achievements and recognitions including chairman of the Philosophy department, the Thomas Jefferson teaching award, and in 2007, the prestigious Thomas Ashley Graves Jr. Award for Sustained Excellence in Teaching. He served as President of the Virginia Philosophical Association, and was a Fellow of the National Humanities Institute at Yale University.

Beyond the accolades, the true joy of philosophy for Alan was the discussions, the debates, and the Socratic method of questioning (both in the classroom and at home at the dinner table). Even after an all-night review of exam blue books, he eagerly went to campus the next day, inspired by the interaction he would have with his students, teaching them a subject he believed would arm them with important skills and knowledge they would utilize throughout their adult lives. His classes were challenging, yet he was a widely adored professor with many alumni reaching out to him after graduation to offer thanks for his guidance and inspiration.

Outside of work, Alan was a passionate consumer of fine arts. He and Janet had an extensive classical music collection (which was listened to nearly nightly in the “conservatory”), and they traveled to numerous international destinations, enjoying concerts, operas, galleries, wineries (Alan was quite the oenophile) and always a spectacular dinner. Alan had a gusto for life, and even in his challenging later years he always found joy in sharing a tasty meal with family and friends.

Alan was a dedicated tennis player with a powerful serve and a competitive nature, but always a big grin and a firm handshake for his opponent, regardless of the outcome. He loved the game for its combination of strength and strategy, and he enjoyed playing with Janet and with friends and colleagues.

He was fiercely proud of his children, and he greatly enjoyed family holiday dinners (again, wine!) and annual family trips to the Outer Banks. His granddaughters delighted him, and his smile and spirit live on in all of them.

A devoted husband, loving father and grandfather, and a dear friend, Alan Fuchs led a rich life of intellectual curiosity and joie de vivre. May his memory be a blessing for us all.

In lieu of flowers, donations may be made to the Philosophy Department at William & Mary. Please make checks payable to the William & Mary Foundation and mail to William & Mary, Gift Accounting, P.O. Box 1693, Williamsburg, VA  23187. To make an online gift, please go to https://giving.wm.edu/give-now/?allocation=2983