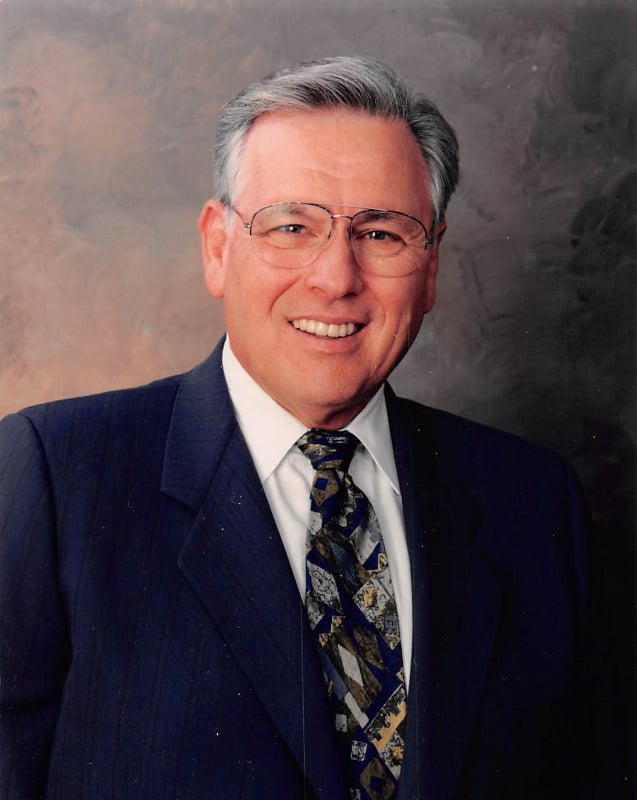 Adrian O’Dell Evans, age 79 of Williamsburg, Virginia, passed away at home with his family on June 28, 2016. Born on July 5, 1936 in Thomas, West Virginia, he was the son of the late Paul R. Evans and Audra (Iden) Evans. He was preceded in death by brothers Paul S. Evans, William R. Evans; and sister Betty M. Renn. He is survived by his wife of 50 years, Karen L. Evans and 3 children; daughter, Staci J. Evans; sons, Michael A. Evans, Lance A. Evans; 6 grandchildren; sister Lou Ann Trummel and many nieces and nephews.

He attended WVU for one year before enlisting in the USAF. He joined The Southland Corp. in 1962 and retired in 1997 as an Executive Vice President. Throughout his career, he was involved in various civic and community projects that promoted business opportunities for women and minorities. He served on the Yorktown Economic Development Authority from 2009 to 2013.

He enjoyed golfing, traveling and spending time with his children, grandchildren and friends.

A memorial service will be held on July 9th at 11:00 a.m. at Bucktrout Funeral Home, 4124 Ironbound Rd. Williamsburg, VA 23188. In lieu of flowers, memorial contributions may be made to Gleaning For The World – disaster relief in West Virginia, http://gftw.org/gftwdonate/

Online condolences may be shared with the family at bucktroutfuneralhome.net