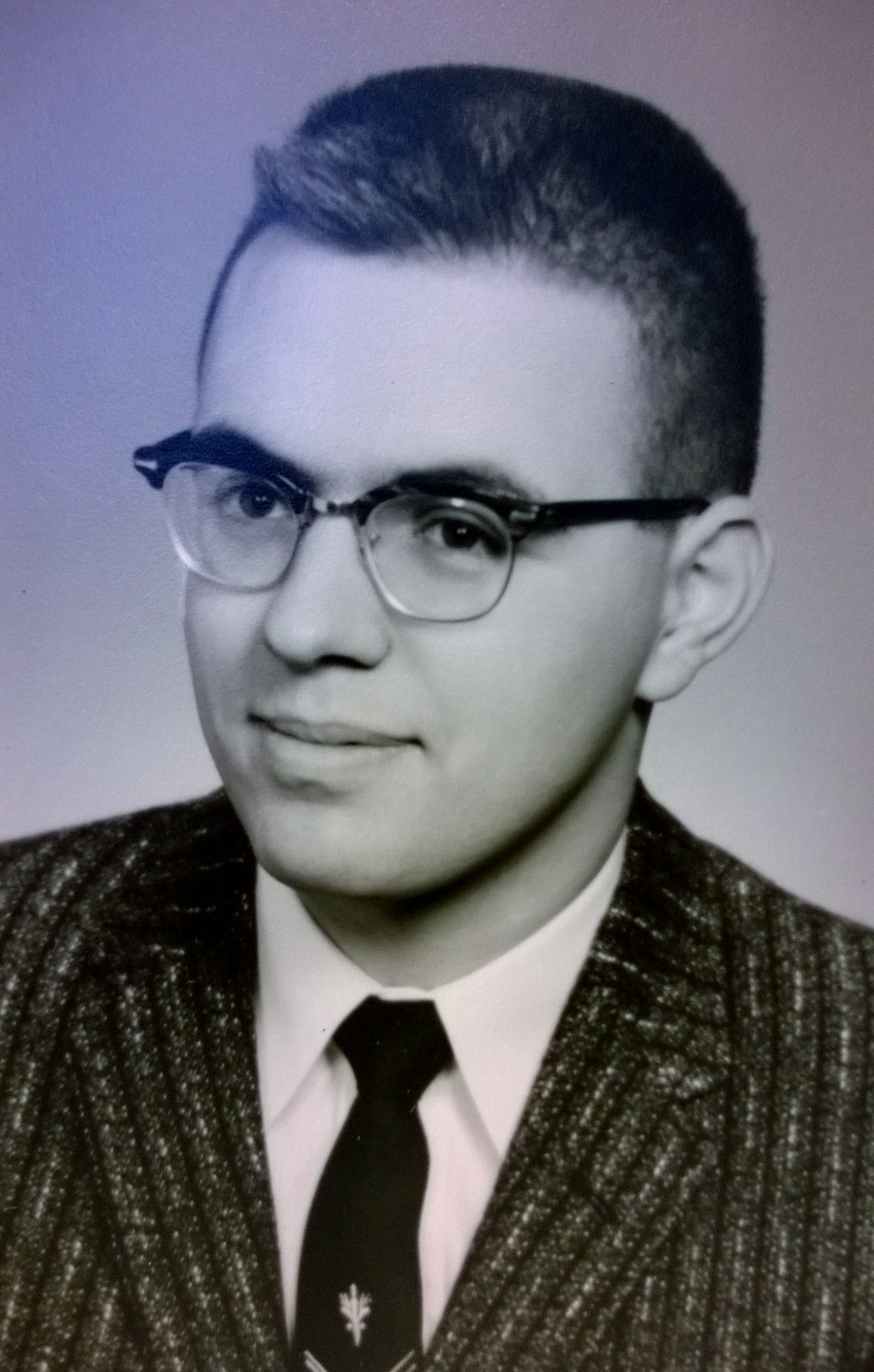 Richard John Cologgi, 81, joined his beloved wife, Carol, in heaven on Monday, September 10, 2018. Born in Seneca Falls, NY, Richard graduated as salutatorian of Mynderse Academy, and graduated from the University of Rochester, Class of 1959, with his bachelor’s degree in Physics. He additionally earned a Masters’ degree in Physics from Fairleigh Dickenson University.

Richard worked for Bendix Corp and the Kearfott division of Singer Corporation in NJ, as an Aerospace Program Manager. He spent many years managing the inertial navigation system program for the Space Shuttle through a contract with NASA. He and his wife later retired to Williamsburg, VA in 2000.

Organizations: He was a member of the AIAA, and was an active member of St Bede Catholic Church.

He was preceded in death by his wife of 56 years, Carol Lee Magill Cologgi.

Left to cherish his memory are his daughter, Julianne Marie Graboski (Per Krohn) of Newport News, VA; his son, David James Cologgi (Kyla) of Westerville, OH; grandson, Ryan Cologgi; sister, Betty Buttacavoli (Charlie); sister-in-law, Phyllis Cologgi; and many nieces and nephews.
The family would like to extend a heartfelt thank you to the staff and residents of The Mennowood Retirement Community for their love and support at the end of Richard’s journey.

Richard was a generous man throughout his life, supporting many charitable organizations, his family encourages that donations be made in his memory to any cause meant to support the Quality of Life for others. Interment will follow at a later date privately.