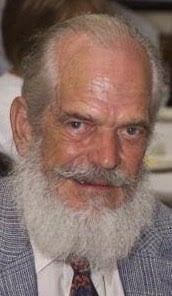 He was a world-class musician, master of the baroque flute, singer, music arranger and composer, musical manuscript writer, a nature and animal lover, poet, and avid photographer. Some years before the local vineyards came to be, Herb was a hobbyist vintner producing some delicious wines.

Herb was born in Durham, North Carolina, to the late Herbert and Elsie Watson. At the age of nine, he moved with his family to Norfolk. He attended Granby High School, where he was a member of the marching band, playing clarinet, and was first seat in the State of Virginia. He attended Old Dominion University in Norfolk where he played recorder and studied music.

He started working at Colonial Williamsburg in March 1968, being an integral part of the Administration at Colonial Williamsburg Fifes and Drums for many years. He was the quartermaster, chief calligraphist, draftsman of sheet music, keeper of the points list, person who handed out paychecks, purveyor of salt tablets prior to the start of hot summer performances, a guy you could talk to about the intricacies and nuances of Frank Zappa’s music. Corps members had great respect and fondness for “Mr. Watson” and then “Herb” as the members grew older.

Herb was First Chair with the Colonial Williamsburg Band of Music the years that the band was in existence. He was a musician with many Early Music groups on the peninsula, enjoying a great variety of musical experiences. For many years Herb was a musician and singer performing with The Governors Musick and playing for visitors in the various venues throughout the historic area. Since joining Colonial Williamsburg, he has played for every President, Great Britain’s Queen Elizabeth, and various heads of state.

He leaves behind his partner of 32 years, Diana Freedman, cousins, Jane Bales, Harold Black, Kenneth Eister, William Eister, Carlton Bryant, Barbara Barbee, Patricia Beasley, Gail Cooke, Linda McHaney and Sarah McHaney, his friends and colleagues at Colonial Williamsburg, the many friends he has made throughout the world, and all his beloved kitties.

Funeral arrangements are Monday, October 30, 2017 at 1 p.m. at Bucktrout Funeral Home, with a graveside service to follow at Cedar Grove Cemetery.