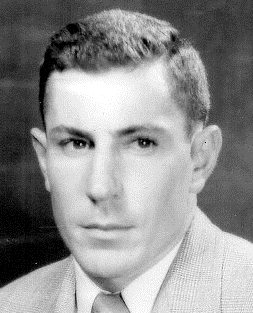 William G. Pfaff, 88, of Williamsburg, Va. Passed away at home on Monday, June 27, 2016.  Mr. Pfaff held a number of positions in management in commercial banking, the Federal Reserve Bank of Atlanta, and in higher education at Temple University.  His early work experience included both manufacturing and management with a steel company in Pennsylvania.  At the steel company, he worked in Labor Relations and served as Chief Negotiator for several union contracts.A native of Philadelphia, Pa. Mr. William ‘Bill’ Pfaff attended LaSalle College High School, Germantown Academy, and obtained his degree in Economics from the Wharton School at University of Pennsylvania and his MBA at Temple University.Mr. Pfaff was an outstanding athlete in baseball and football.  As a senior in high school in 1946 at LaSalle College Academy, William ‘Bill Pfaff” took the school to victory in the City League Championship game against Northeast.  As an amateur ball player, he had the opportunity to represent the City of Philadelphia in the 1946 World All Star game billed as “Brooklyn against the World” held in Ebbets Field.  Connie Mack, a member of the committee that chose Bill to play in the World All Stars series said of Bill “it’s rather hard to know which player is the best. But this Pfaff boy seems to be built like a big leaguer”. Rather than choose the big leagues of baseball, Mr. Pfaff accepted an athletic scholarship to University of Pennsylvania.After graduation from Penn, Mr. Pfaff served in the US Army Infantry during the Korean War as an enlisted man, noncommissioned and commissioned officer.  His last duty was as Infantry Commander at Fort Bliss, Texas.While working in commercial banking in Washington D.C. , Mr. Pfaff served on the Board of Directors for the Kennedy Institute, the Prevention of Blindness Society, the Washington D.C. Private Industry Council and Sarah’s Circle a nonprofit in Washington D.C. dedicated to empowering women who are affected by homelessness.His greatest appreciation was for the Catholic Church and his family.  He was a member of St. Bede Catholic Church in Williamsburg, Va. for over 25 years.  Mr. Pfaff is survived by Jean, his wife of 59 years and three daughters, Kathleen Lowe, Jeanne Pfaff Neilson, and Mary Ruffine. To his grandchildren, he was their beloved Pop-Pop. Pop-Pop was an avid fan of milkshakes and late night conversations in the kitchen with Pop-Pop and ice cream or a milkshake was a treat each grandchild looked forward to.   His eight  grandchildren are Daniel Haugh, Eileen Linen, William Barone, Leah Neilson, Brea Neilson, Hank Ruffine, Wiley Ruffine, and Charlotte Ruffine.  Mr. Pfaff has four great grandchildren, Virginia Grace Haugh, Evelyn Rose Haugh , Nathaniel Lee Haugh, and Jacob William Linen.  He is survived by his sister Margaret Pfaff and cousin Dorothy Himes of Philadelphia.He was predeceased by his parents Charles Pfaff,  his mother Mary Edwards Pfaff, his siblings Charles, Nan,  and Sister Marion Pfaff SSJ of Chestnut Hill, Pa.Funeral Service will be on Friday, July 1 at 2:00 pm in St. Bede Church, Williamsburg, Va. A reception will follow at the WindsorMeade Club House at 3:30 p.m..  The family asks that donations be made in Mr. Pfaff’s name  to St. Bede Church, Living Our Mission Fund, attention Bea Samford, St. Bede Church 4551 John Tyler Highway, Williamsburg, Va. 23185.