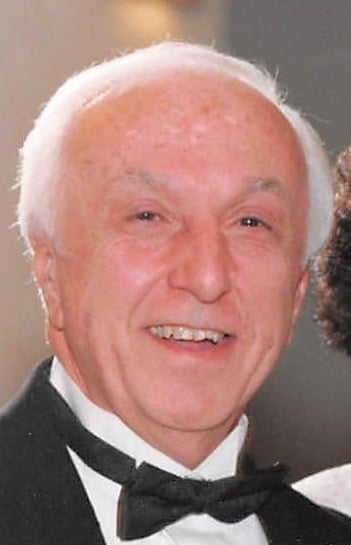 HARRIS, John Sotiros, 77, of Wethersfield, CT and Williamsburg, VA, passed away on Wednesday, January 6, 2016. John was born on April 19, 1938 in Boston, MA. He is preceded in death by his parents, Kalliope and Sotiros Harris; and his brother, Michael Harris. John is survived by his devoted wife of 53 years, Marcia Demos Harris; the light of his life, his daughter Pamela Wright and husband Mark; grandchildren whom he adored, Edward John “EJ”, and Marisa; sister, Maria Kevgas and husband John of Florida, brother in law, Peter Demos of Connecticut, several nieces and nephews, and many other family members and friends. He attended Northeastern University in Boston and graduated from Western New England College. John retired from United Technologies Hamilton Sunstrand as a purchasing manager with 43 years of service. He was a member of Saint George Greek Orthodox Cathedral in Hartford, CT where he was a member of the senior citizens club. John was also a member of the AHEPA Chapter in Hartford and the chairman of the scholarship committee for several years. John was a man of quiet generosity and he was known for his great sense of humor and his dedication to his family. The family will receive friends on Sunday, January 10, 2016 from 5pm-7pm with a Trisagion Service at 6:30pm, at Bucktrout of Williamsburg, 4124 Ironbound Rd. Williamsburg, VA 23188. A funeral service will be conducted on Monday, January 11, 2016 at 10am at St. Demetrios Greek Orthodox Church, 4900 Mooretown Rd. Williamsburg, VA 23188. Interment will follow in Williamsburg Memorial Park. In lieu of flowers please send memorial contributions to St. Demetrios Greek Orthodox Church in Williamsburg.