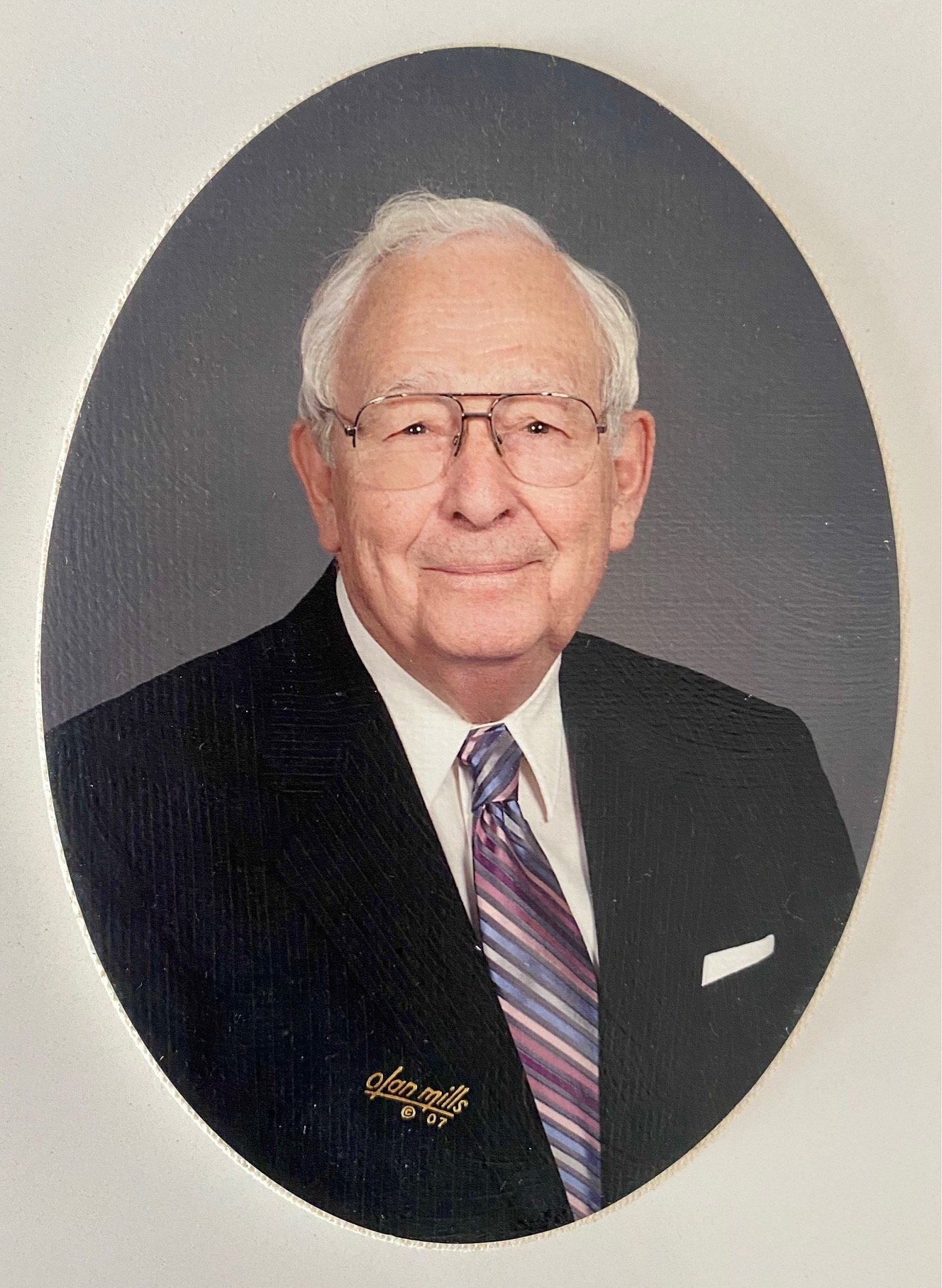 He is survived by his two daughters, Sharra Kelly of Williamsburg and Beverly “B.” Alksninis and her husband Tom of Celebration, FL; four grandchildren, Christopher Dugan and his wife Jaime, William Dugan, Kelly Alksninis, and Algirdas “Sandy” Alksninis. He is preceded in death by his wife of 66 years, Beverly Simonton Kelly and son James Sands Kelly, Jr.

A funeral service is scheduled for 2:00 PM on July 30 at Bruton Parish Church. Interment will take place at Cedar Grove Cemetery followed by a 4:00 PM reception at the William and Mary Alumni House.

An Eagle Scout and graduate of Virginia High School in Bristol, Jim earned an appointment to the United States Naval Academy, but his high school only provided eleven years of schooling and the Naval Academy required twelve, so he was compelled to take a year of college before reporting to the Academy.  At the age of seventeen, Jim matriculated into the College of William and Mary, where he found his true home. He graduated in 1951 as the senior class president, president’s aide, and a member of the track team. Upon graduation he was commissioned into the United States Marine Corps. After two years of active service, Jim accepted a job with the Dupont Company.

In 1954 Jim was offered the position of Executive Secretary of William and Mary’s newly-formed Society of the Alumni, where he laid the foundation for an expanding alumni program which paved the way for the College’s first development program and capital campaigns. In 1971, he was appointed Assistant to the President and in 1978 he accepted the additional position of Secretary to the Board of Visitors. Over the years, Jim served five presidents and worked tirelessly as an adviser, ombudsman, and ambassador for the College. One would be hard-pressed to find anyone who has done more for William and Mary.

While working for the College, Jim demonstrated his sense of civic duty and love of service in many ways. He served as President of the Williamsburg-James City County Chamber of Commerce, Williamsburg-James City County United Fund, Williamsburg Area American Red Cross, Colonial District Boy Scouts of America and the Williamsburg Memorial Park Board of Directors. He was a Trustee of the Jamestown-Yorktown Foundation. In 1975 Jim was recognized with the Silver Beaver Award for distinguished service to youth by the Boy Scouts of America National Court of Honor. Jim served in the Marine Reserves, retiring as a Colonel. Active at Bruton Parish Church, he served in several leadership capacities, including Senior Warden and member of the Vestry. In his retirement, Jim enjoyed membership in the Pulaski Club.

His accomplishments were many, but perhaps his greatest role was that of devoted and loving husband, father and grandfather.

Jim Kelly’s life can best be summed up in his own words, from an essay written when he was fifteen, entitled: “What Are the Responsibilities of Good Citizenship?”

He looks for the best in others, and gives to the world the best

he has, his life is an inspiration and his memory a benediction.

In lieu of flowers, the family asks that contributions be made to the William & Mary Foundation and mailed to, P.O. Box 1693, Williamsburg, VA 23187. Checks should include, in memory of James Kelly Sr. in the note section. Credit card payments are accepted through – https://giving.wm.edu/give-now/ with the fund searchable by name or allocation number. Please check the “In Memory of” box and note James Kelly Sr.